Vietnamese singer Son Tung M-TP has gained great success in world-level with his comeback single “Hay Trao Cho Anh” (Give It To Me).

Twelve hours after Son Tung released “Hay Trao Cho Anh” MV, the singer’s latest music work has proven itself a “monster” in the music industry of Vietnam, of Asia or even around the world thanks to the overwhelming records it has set. 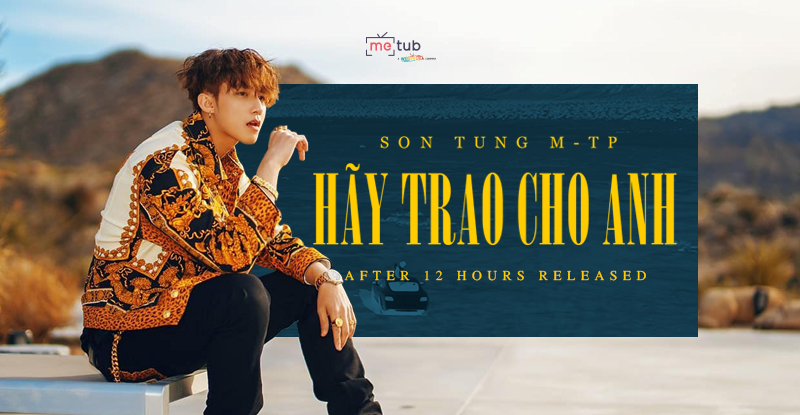 First, “Hay Trao Cho Anh” easily reached Top 1 Trending YouTube in Vietnam at around 2am, only 6 hours after its release. At the moment, the MV has reached 12 million views with more than 1.2 million likes and nearly 170,000 comments. 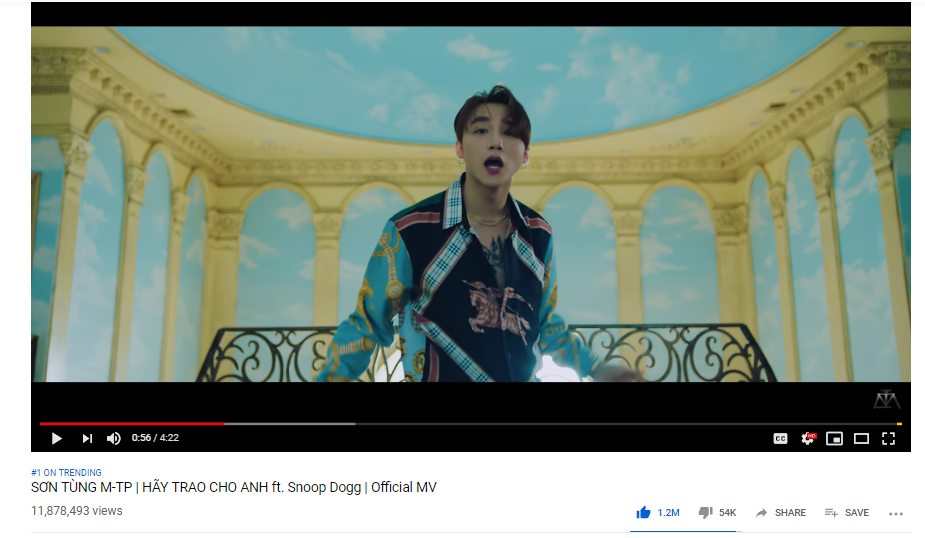 The records “Hay Trao Cho Anh” MV set after 12 hours of being released.

In the international arena, “Hay Trao Cho Anh” became the world’s most viewed MV on July 1 while being ranked 14th on YouTube’s global Top Trending. The MV was also recorded as the most viewed MV in Asia on the same day.

In Asia, Son Tung’s MV has also crowned as the most viewed MV during the past 24 hours.

* METUB Network is the leading digital entertainment company and multi-channel YouTube network in Vietnam, which supports promoting, distributing, trading and producing video for online content producers in a wide range of fields.

Besides, “Hay Trao Cho Anh” is the MV which passed 1 million likes in the shortest time in Vpop history (2 hours 49 minutes). Also, it’s the third world’s most-viewed MV at premiere with 635,000 views, following BlackPink’s “Kill This Love” and Ariana Grande’s “thank u, next.”

If you have any further questions, please don't bother to let us know
Email: Support@metub.net
Hotline: 0962 290 343
Best regards,
METUB Team